What EMI Shielding is and Why it Matters

It helps to start technical discussions by stating the definitions on which the discussion is based. Here are the two relevant definitions, both supplied by the Tech-Etch website.

Electrostatic interference, EMI is a process by which disruptive electromagnetic energy is transmitted from one electronic device to another via radiated or conducted paths, or both. In electronic components, EMI can adversely affect their performance.

Electronic shielding The practice of surrounding electronics and cables with conductive or magnetic materials to guard against incoming or outgoing emissions of electromagnetic frequencies.

The reasons we need EMI shielding

The use of electrical and electronic equipment has grown exponentially. As an example, mobile phone ownership and usage have exploded and the environments (frequency bands) where they operate are getting crowded. These devices use electronic transmission and the potential for EMI is huge. We are protected by the electromagnetic shielding imposed on manufacturers by international standards.

Stringent regulations largely prevent the potential effects of EMI. I use the word “largely” because uninformed and profit driven people can and will circumvent the regulations and sell uncertified and dangerous products because most countries’ regulations do not apply to exported goods.

The Australian Communications and Media Authority (ACMA) administers regulations that require all electrical and electronic equipment to meet prescribed standards. Manufacturers and distributors must test, certify and label their products as compliant to these standards. Any retailer who imports and sells non-compliant electronic equipment to Australian or New Zealand consumers is liable to severe penalties.

However, Australian travellers and foreign visitors can bring uncertified products which are not detected by Customs. Devices for personal use are generally exempt. Examples include mobile phones and unsafe mobile phone battery chargers.

The definition quoted states that EMI can adversely affect product performance. Illegal electronic devices can cause far worse damage than this. Let’s mention only a few examples. Risks include the effects of EMI and electrical safety, both of which regulated by stringent standards.

What is EMI shielding and how is it enforced

The truth is that many engineers who design electronic equipment are neither qualified, nor do they have the facilities and equipment to test the levels of emission in their prototype equipment. To make matters worse, they do not necessarily have expert knowledge about International and country specific standards, nor a knowledge of the testing procedures and emission levels  allowed in regional or international standards.

This is where a NATA accredited test laboratories come into the picture to advise, conduct tests, and issue test reports. EMC Technologies is the largest and most experience laboratory in Australia with offices in Sydney, Melbourne, and New Zealand. They can give you expert and independent advice.

Shielding is applied to device enclosures and cables. The shielding reduces the coupling of radio waves (RF shielding), and blocks electromagnetic and electrostatic fields from interfering with other electronic systems and devices. Shielding is typically applied to enclosures and to cables. The image shown below illustrates proper coaxial cable shielding.

Other shielding techniques used include:

As you can see, this is very much a field for specialised engineering.

In Australia and New Zealand, EMC Technologies has a team of specially trained engineers ready to consult and offer independent compliance testing and remedial solutions for electromagnetic emissions that exceed the levels prescribed by the applicable standards. Call us now. Design for Compliance, for EMC and Safety, in 2022

END_OF_DOCUMENT_TOKEN_TO_BE_REPLACED Dear Valued Customers, Our offices will be closed from 12pm on Friday 24th December 2021 and reopen on Monday 10th January 2022. My staff and I would like to wish you all a Merry Christmas and a Happy New Year.  We appreciate your continued support during this...

END_OF_DOCUMENT_TOKEN_TO_BE_REPLACED 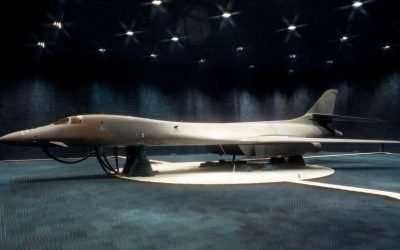 How to choose the best product compliance testing lab?

Like any other product or service, you want to choose the best EMC, environmental or Electrical safety testing lab. When choosing a test lab there are many factors to consider. The obvious factors are cost, accreditation, and time frame. But these are just a few of...

END_OF_DOCUMENT_TOKEN_TO_BE_REPLACED 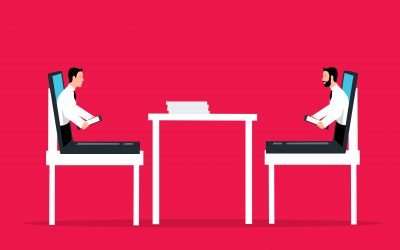 What is it? EMC & Compliance International The UK’s only independent EMC show, EMC & CI is hosting a unique virtual event in May 2021 which is designed to augment the next real event scheduled to take place at Newbury Racecourse in May 2022. World renowned EMC...

END_OF_DOCUMENT_TOKEN_TO_BE_REPLACED
Manage Cookie Consent
To provide the best experiences, we use technologies like cookies to store and/or access device information. Consenting to these technologies will allow us to process data such as browsing behavior or unique IDs on this site. Not consenting or withdrawing consent, may adversely affect certain features and functions. Clicking Accept or Scrolling automatically accepts cookie consent.
Manage options Manage services Manage vendors Read more about these purposes
View preferences
{title} {title} {title}
GET A QUOTE